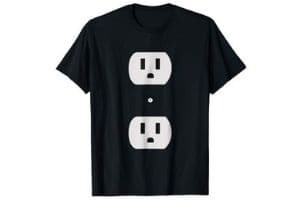 October is one of the best months of the year. With hayrides, pumpkin carvings, fall colors, and not to mention, Halloween, it’s no wonder October is so fun! With Halloween just around the corner, people are conjuring up their best costume ideas ever.

While there are plenty of people who stick with the traditional monster or superhero costumes, why not try to think outside the box for some shocking fun! To stop people in their tracks, try out one of these five shocking electrician costumes this year.

A shocked electrician is a go-to electrical costume and can be so much fun to make. All of the hair and makeup details really test people’s creativity. Rubbing dark makeup all over the face can be pretty a pretty shocking detail, along with a messy wig. Use older jeans to add “burn marks” to them, and then add a toolbelt for the final detail.

Shocking Fact: A spark of static electricity can measure up to 3,000 volts. A spark between two people can feel just as powerful. Talk about a connection!

Dressing kids in costumes can be a hassle, so let them do one of their favorite things: get messy! Have them rub some dirt or makeup on their face, mess up their hair, or even rip up an old t-shirt, it's one of the easiest baby costume ideas! The only downside is the dirty tub that parents will have to clean the next day. 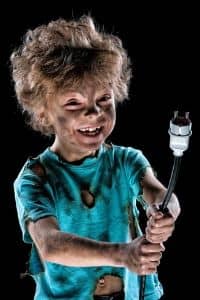 Shocking Fact: For the parents with kids that never stop asking questions, they might ask why birds sitting on power lines don’t get electrocuted. If a bird sits on one power line, it is safe. However, if it touches another line at the same time, it creates an electric circuit and causes electrocution.

Not everyone has great ideas all of the time, but when they do, they want to show it to the world. That’s what people like to call a “light bulb moment.” So get into it! Find a shiny material to decorate the body of the costume and add a giant light bulb to go over the head. If people are feeling really creative, they might use glow-in-the-dark material to make the bulb light up! 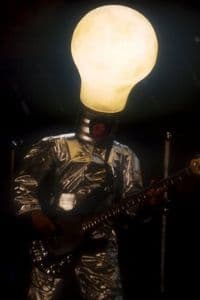 For the jaded ones who just need a costume to get into a party, a simple t-shirt can do the trick. Sometimes simplicity is best, and a t-shirt with an electric outlet will suffice as an electrical costume. Time to get lit! 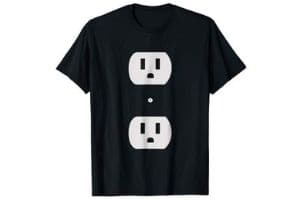 Halloween is a time for everyone to dress up, including furry friends! Electrical costumes don’t always have to be about an electrician but can be about other electrical products or tools. For example, adding a light bulb to a pumpkin for a ghost dog costume is quite shocking! 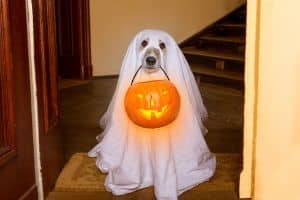 Shocking Fact: Only about 10% of energy in a light bulb is used to create light. The rest creates heat!

For over 30 years, Elite Electric & Air has helped homeowners and business owners throughout Port St. Lucie, FL with their indoor maintenance needs. They strive to keep their customers’ heating, cooling and electrical systems working flawlessly all year. From the tools and materials used to their rigorous training regimen, they have built a business that excels in every way.