The White House of today may be a beacon of stately elegance and luxury, but it wasn’t always so - at least no by today’s standards. Since its completion over 200 years ago, the President’s House has gone through a multitude of renovations and technological advancements - and the HVAC system is a perfect example. Heating and cooling such an enormous building was a monumental task (and didn’t always work out), especially before the advent of central air conditioning - and a few presidents had some creative and interesting ways of coping.

Presidents Who Preferred to Work Outdoors 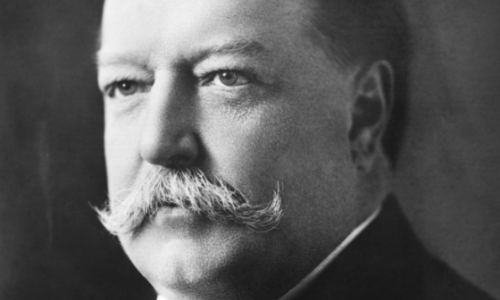 During Washington D.C.’s notoriously hot and muggy summers, the early presidents must have had a difficult time staying cool. Many even elected to conduct the country’s business from properties in surrounding states in the summertime. The first central air conditioner was installed in the West Wing in 1930 as part of a reconstruction project after a Christmas Eve fire the previous year.

Before this, two presidents found another solution to the oppressive heat and humidity of the White House - working outdoors. After an electric fan and a block of ice failed to keep him cool, William Taft had a screened enclosure built on the White House roof. The space provided shade and a nice breeze - he even took to sleeping up there on occasion! Taft’s successor, Woodrow Wilson, moved his office into a large canvas tent out in the rose garden, complete with a desk, a telephone, and electric lighting.

A comprehensive and robust central cooling system was installed around 1952 as part of Harry Truman’s massive renovation project. Subsequent presidents would make great use of the new system for decades. Lyndon B. Johnson reportedly kept the family’s private quarters so cold that he slept with an electric blanket.

More famously, Richard Nixon liked to keep the thermostat cranked way down in the summer, making for a very chilly White House. Not everyone shared his affinity for the cold, however, and several fireplaces were kept running to help strike a balance. When word of this got out, in the summer of 1973, the Nixon administration faced some harsh criticism for the opulent use of resources - after all, the country was in the middle of an energy crisis!

A form of central heating was first installed in the White House in 1840. The system, located in the basement, involved a brick-and-iron furnace with ducts running through the floors and walls of the rooms directly above. This system only provided heat to the large transverse hall and state parlors on the main floor.

President James Polk had the system expanded and upgraded in 1845 to provide heat to the second floor and several bedrooms and offices via plaster-lined ductwork. The ducts delivered air through heat registers made of solid silver, brass, or iron, depending on the room’s purpose and style.

While numerous advancements were made in HVAC technology in the subsequent decades, a significant overhaul of this original system wouldn’t come until Truman’s reconstruction a century later.

Since its founding in 1988, Elite Electric & Air has been providing award-winning electrical and AC services in Jupiter and the Treasure Coast area. Their licensed and insured technicians are fast, friendly, and dependable and are available for emergencies 24/7, 365 days a year. Elite offers a rewarding membership plan, financing, upfront pricing, and a satisfaction guarantee on every job.